View source
watch 02:56
Raise a Floppa - The Loop
Do you like this video?
Play Sound

Beta versions implement experimental features which may or may not be implemented later in the live version. A current beta is the Dungeons beta, which adds four new achievements, related to dungeons (see more down below).

The current beta version primarily focuses on a new building; the Cortex Baker. It also introduces a new upgrade tier; Glucosmium (portmanteau of glucose and osmium) and an unshackling system for each building and upgrade tier to make tiered building upgrades stronger. This beta added 50 normal upgrades, 1 debug upgrade, 38 heavenly upgrades, and 51 achievements.

Building description: These artificial brains the size of planets are capable of simply dreaming up cookies into existence. Time and space are inconsequential. Reality is arbitrary.

Three new selections have been added to the Golden cookie sound selector. 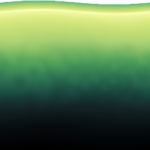 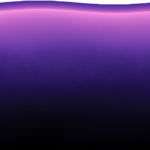 The following achievements are obtainable via the 1.037 beta Dungeons beta. These can also be accessed by cheating, both in the beta and the latest release. In the console, enter the following to get these achievements:

If entered into the console in the beta, the first two achievements will be normal achievements, and the last two will be shadow achievements.

If entered into the console in the latest version, the achievements' ID will be displayed. These will also be classified as dungeon achievements, which are stated as "not technically achievable yet." However, they will count toward the total as shadow achievements do.