The grandma is the main antagonist of Cookie Clicker Classic and the 1.0 Update, and the second building you can purchase with an initial cost of 100 cookies. She produces cookies at a base rate of 1 CpS.

In theory, fully upgraded grandmas are the most efficient building a player can buy because they have a CpS based on the number of grandmas purchased. That is grandma's CpS rate increases as a square where other CpS rates increase linearly. However, the crossover point where grandmas outperform the best other building, the Javascript Console, requires purchasing so many grandmas (64630) that it is impossible to even via cheating since the price would be much higher than JavaScript (which Cookie Clicker is written in) can store. (The price has 3925 digits!) 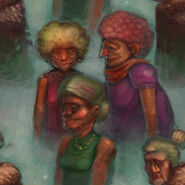 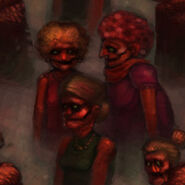 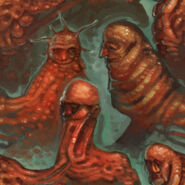 Retrieved from "https://cookieclicker.fandom.com/wiki/Grandma?oldid=152805"
Community content is available under CC-BY-SA unless otherwise noted.